The “Vietnam Outstanding Property Awards” ceremony becomes an annual flagship event that honors the true and lasting values of all contributions from every real estate enterprise in Vietnam. This year, the honoring ceremony was held on 18th November 2020 at The Reverie Saigon Times Square with the attendance of authorities from State Agencies, high-rank representatives of over 250 real estate businesses in Vietnam, and delegates from different media channels. After three successful consecutive years, the award has proved enormously prestigious and influential, facilitating many values added to Vietnam’s realty business community.

For Phat Dat itself, the award is a token of recognition of the development capability, outstanding performance, and a strong commitment to sustainable growth. Typically mentioned, for the last 2 years, despite the stagnant market caused by the Covid-19, PDR’s outstanding achievements can be recognized in the success of Nhon Hoi New City inside the “emergent tourist center” – Quy Nhon City and Astral City Apartment & Commercial Complex in a prime location of industry-oriented Binh Duong City.

Ms. Tran Vo Thuy An – Vice Marketing Director of PDR, remarked: “It’s our great honor receiving the TOP 10 Property Developers award. Besides the recent financial awards such as the Achievement in Growth of The International Business Award® and the 24th place in TOP 500 Fast Growing Enterprises in Vietnam, the Award has demonstrated our core value dedicated to the real estate industry, which is to develop projects that not only bring practical value to the economy but also contribute to elevating of living values of our community. 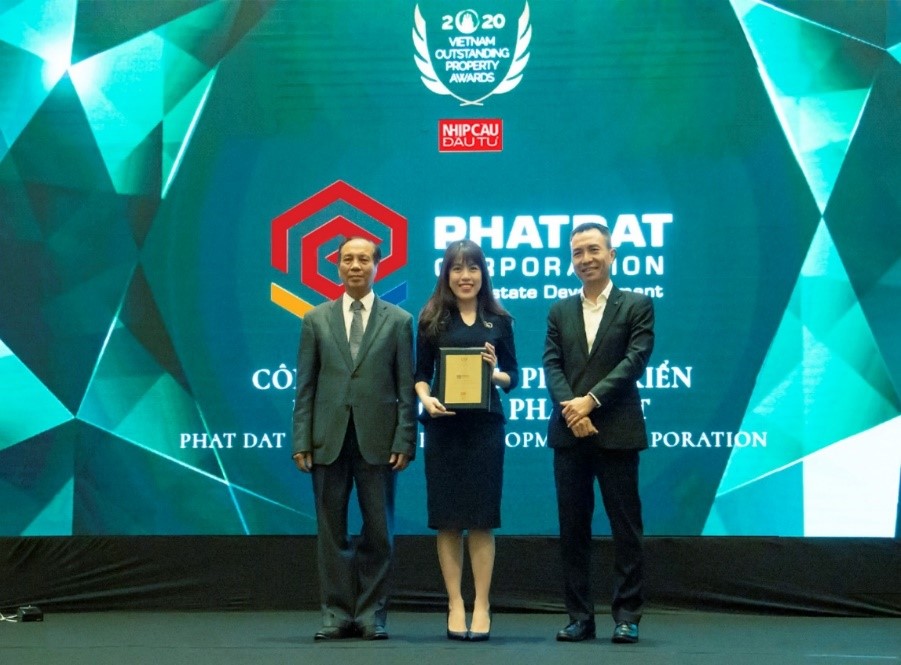 Strategically speaking, PDR has swiftly achieved the set targets, following the orientation toward “Speedy & Sustainable Development” started by the PDR’s BOD since the beginning of 2020 – the second year in “The New Era” of the prosperous 2019-2023. By maximizing the enhanced foundation and internal strength, PDR recently announced the adjustment in the 5-year-plan targets from VND 11,850 billion to VND 14,270 billion, resulting in the new CAGR at 51%.

The remarkable growth results in 2019 made Phat Dat one of the six Vietnamese companies on the 200 Asia’s Best Under A Billion list, surpassing 18,000 other listed companies in the Asia-Pacific region made by Forbes Asia. Most recently, Phat Dat also won the Bronze Stevie® Award of Achievement in Growth category of the International Business Awards®.

Phat Dat achieves outstanding growth of over 173% both in revenue and...