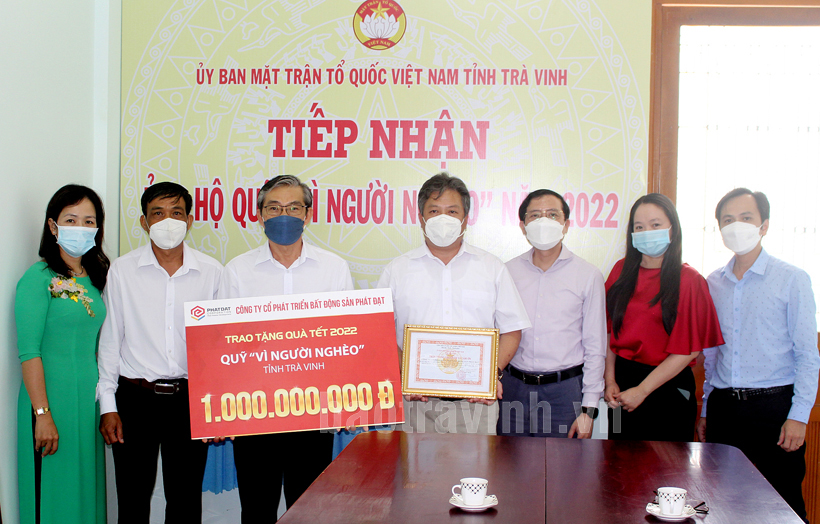 At the reception, Mr. Ngo Hai Thanh, representative of Phat Dat Real Estate Development Corporation, got to know some difficulties of Tra Vinh Province after a year focusing on Covid-19 prevention and control. The Company then donated VND 1 billion to the program “2022 Tet for the Underprivileged” with the hope that through the Vietnam Fatherland Front, gifts will come in handy for the local poor, near-poor, and difficult households in the 2022 Lunar New Year.

Mr. Nguyen Van Triet expressed his thanks and acknowledged the concern of Phat Dat’s staff for the poor, committing to use the amount for the right purposes to promptly support the poor, near-poor, and underprivileged people in the province before the Lunar New Year.

Since the start of the program “Tet for the Underprivileged” in early 2022, the provincial Vietnam Fatherland Front has received supports from 13 units inside and outside the province with nearly VND4.3 billion for the poor and near-poor households to enjoy spring and celebrate Tet.