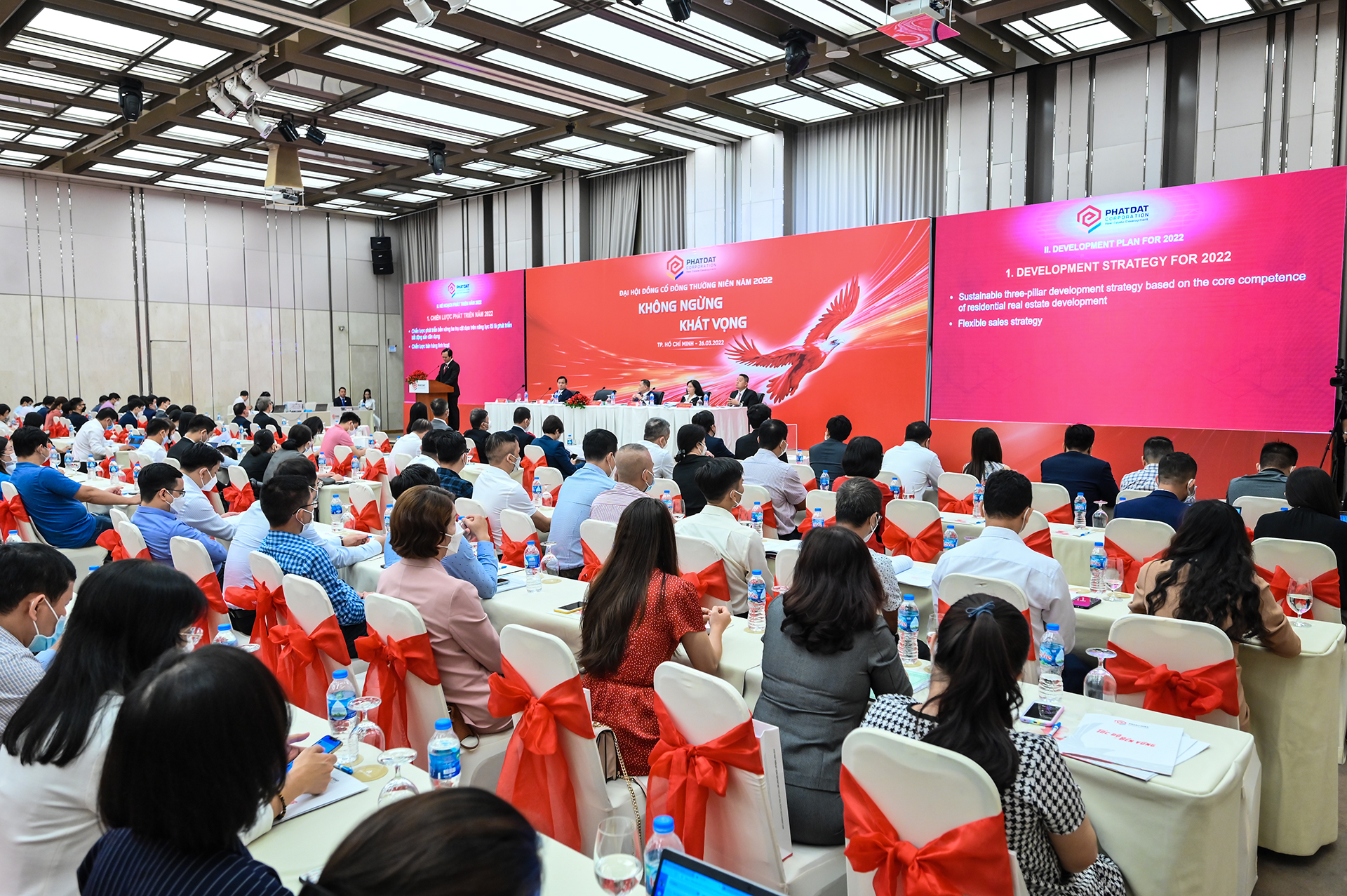 In the New Era 2019–2023, Phat Dat Real Estate Development Corporation (HOSE: PDR) orients itself toward professional, sustainable and effective development. The Enterprise is taking steps to strategically restructure its investment portfolio in pursuit of this objective.

In its strategic move, PDR is restructuring its investment portfolio, aiming at a healthy leverage ratio, high profitability, and consistent yearly inflows.

In addition, the transfer allows PDR to keep its Net Debt/EBITDA ratio below 1.7 in recent years. When comparing PDR’s net debts to profitability to those of other real estate companies, this is an amazing result. Furthermore, the Debt-to-Equity ratio has been stable (below 0.6) since 2019. 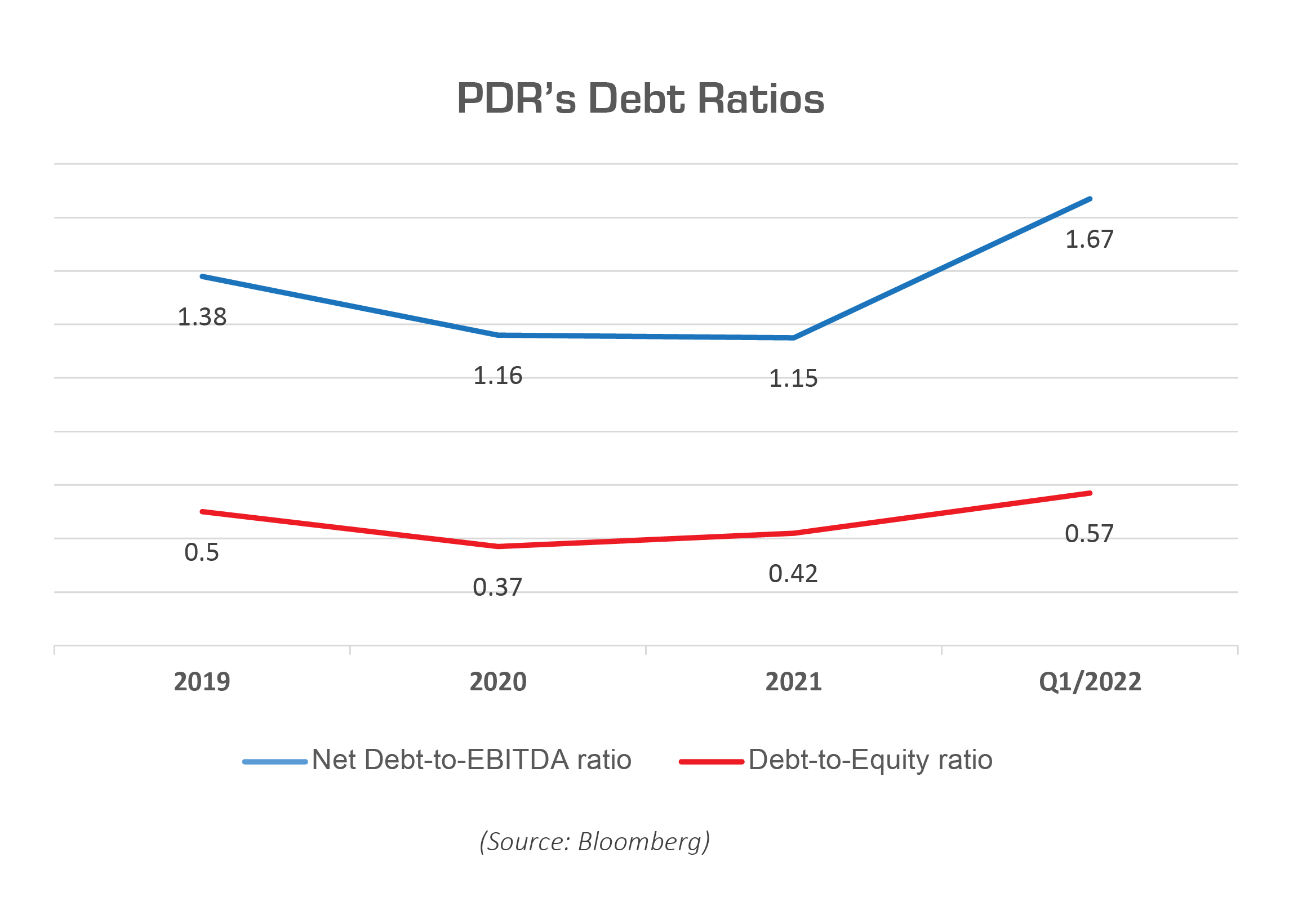 Phat Dat owns a diverse land bank for its long-term and sustainable strategy in potential markets which already have the comprehensive technical and transport infrastructure. Currently, PDR’s land bank totals over 5,804 hectares. The number goes up to over 7,404ha when counting lands for industrial parks. Portfolio restructuring is indispensable for any business owning such a large land bank to focus resources and capital flows on potential projects and key markets. Similarly, PDR actively restructures its investment portfolio to keep a land bank sufficient to serve its development strategy over the next 5-10 years. Also, the shift strives for quick capital turnover to assure profit performance and effective debt management. With an inflow of VND 3,340 billion from transferring Astral City, PDR maintains its focus on investment and development of projects in HCMC, Ba Ria-Vung Tau, Da Nang and Binh Duong.

Specifically, in the coming time, PDR will focus on expanding its land bank in HCMC, Ba Ria-Vung Tau, Da Nang and Binh Duong. Particularly in HCMC, PDR has started a share acquisition in Hoa Binh Land JSC to develop a key apartment project on a rarified premium land bank right in the heart of the city.

The proceeds from transferring Astral City will be reinvested in other projects with numerous units to be offered in 2022 & 2023. Specifically, PDR expects to introduce about 12,000 units in 2022, with a total value of VND 32,000 billion. In breakdowns, a project in Ba Ria – Vung Tau is expected to bring in VND 12,000 billion, projects in Binh Duong VND 17,000 billion and a project in Binh Dinh VND3,000 billion. Thus, PDR has a solid basis to achieve the given pre-tax profit of VND 3,635 billion confidently.

Additionally, as in the pipeline for 2023, Phat Dat is preparing to introduce a greater number of products from projects in Da Nang, Binh Dinh and Ba Ria-Vung Tau with a pre-tax profit target of VND 5,700 billion. This target was set based on a long-term vision and sustainable development strategy that involves investment portfolio restructuring for a higher focus on land expansion in potential markets.

The increasing number of newly-launched products each year shows that PDR has been well-prepared to sustain robust financial indicators and consistent capital inflows. In the 2019–2023 plan, PDR targets its accumulated pre-tax profit at VND 14,270 billion, and the enterprise is taking concrete steps to meet that goal. Previously, PDR achieved a pre-tax profit of VND 1,105 billion in 2019, VND 1,539 billion in 2020, and VND 2,344.4 billion in 2021, which shows PDR’s constant achievement of 100% of the set targets. 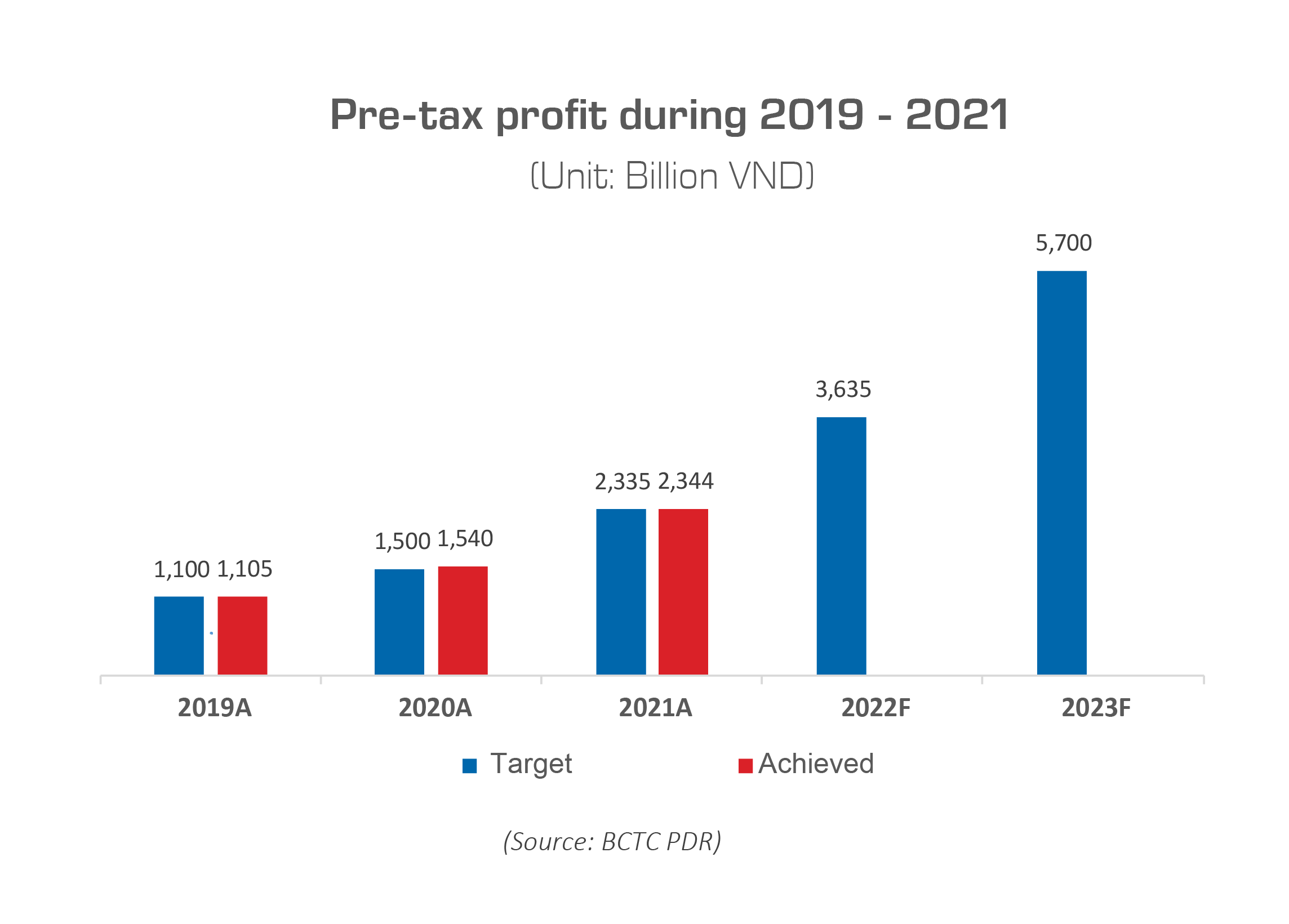 The commencement of Ngo May coastal hotel & condotel Complex