No repayment pressure from bonds

The bonds were issued on 16th December 2021 with a 2-year term, but the early buyback was made on 25th November 2022 as agreed between Phat Dat and bondholders. According to the Company representative, capital flows have been planned to pay off maturing debts, including bonds, from the end of this year to the end of 2023.

After finalizing the Ninth bond issue, the total loans (short-term and long-term) dropped to VND 4,896 billion, in which the outstanding bond decreased to VND 2,698 billion. Thus, the “Debt (short-term & long-term)/Equity” ratio is calculated at 0.47, compared to 0.51 at the end of 3Q2022. Since 2Q2020, Phat Dat has consistently kept this ratio positive (below 0.5). 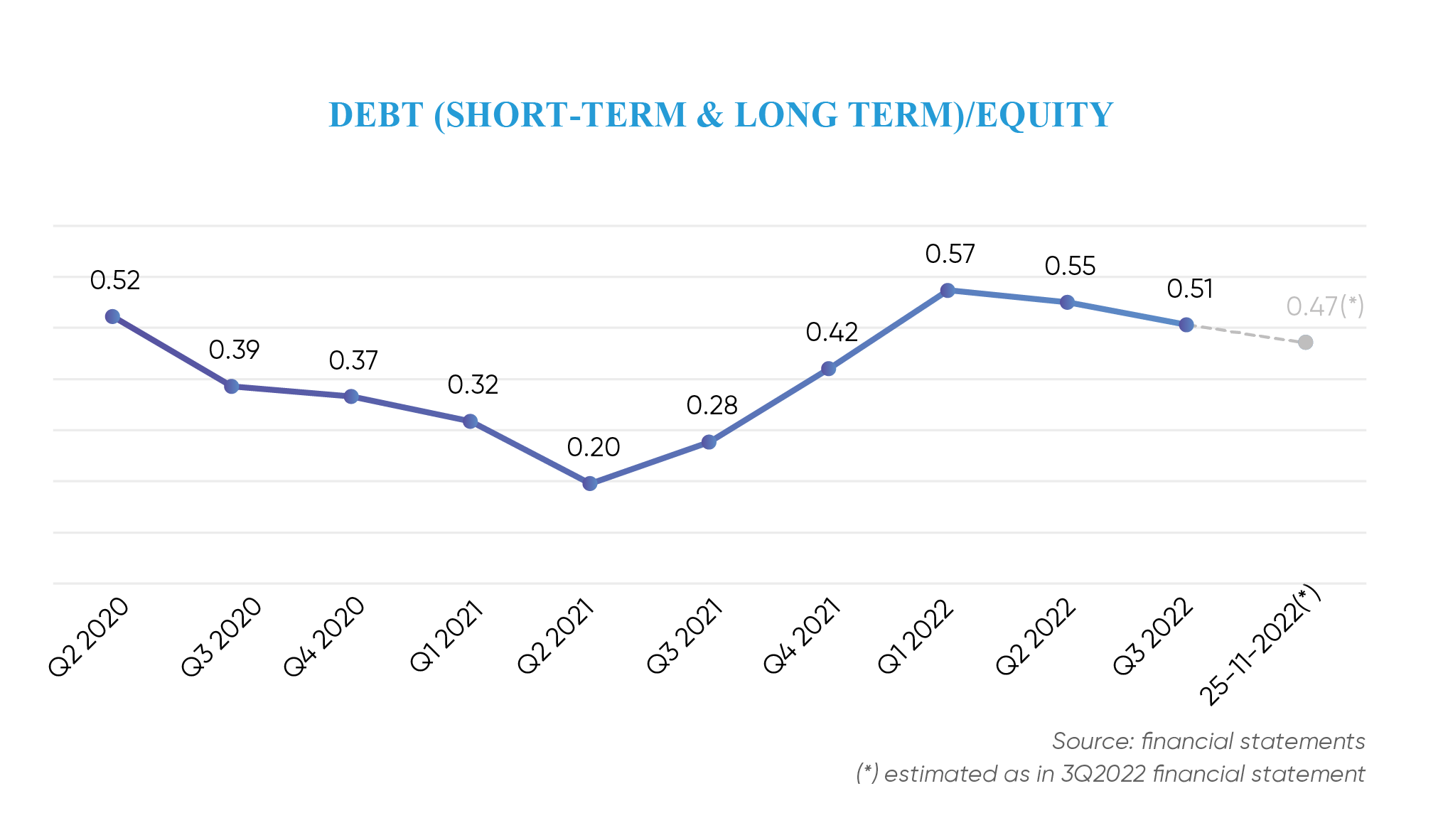 Phat Dat soon added assets to serve as collateral for bond issuances. In truth, Phat Dat’s bond value is minimal in comparison to its entire assets or to other market real estate developers.

In detail, Phat Dat supplemented additional PDR shares and real estate as collateral for the Ninth bond issue-2021 (redeemed before the maturity on 25th November 2022) and the Fifth bond issue-20213. The property mentioned is land use rights in Quang Ngai, with an estimated value of about VND 200 billion. 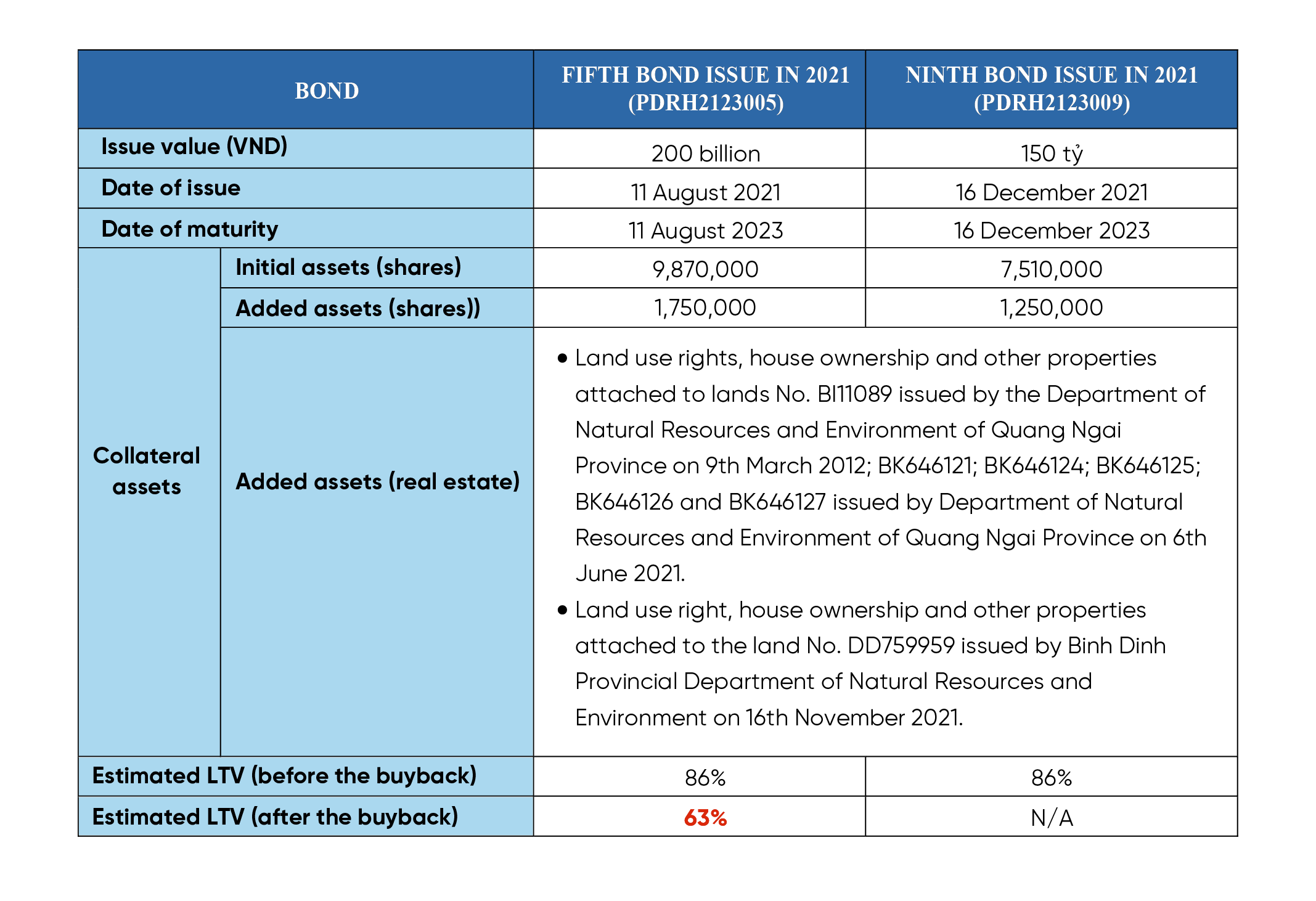 After the Fifth bond issue was redeemed, the total collateral assets available for the Fifth bond issuance in 2021 is estimated at VND 316.2 billion, and the new LTV ratio (loan balance/collateral value) is 63%, with a par value of VND 10,000/share used for calculating PDR shares. Generally, all bonds issued by Phat Dat have a fairly good LTV ratio, ensuring obligations for bondholders.

Sharing with the press recently, Mr. Bui Quang Anh Vu, a Board Member and CEO of Phat Dat, affirmed that the Company always pays bond interest and principal on time, and the same for loans. This affirmation is supported by sound financial health and the well-prepared resources to develop projects in 2023. Phat Dat is also flexible in changing its business tactics to adapt to the changing market.